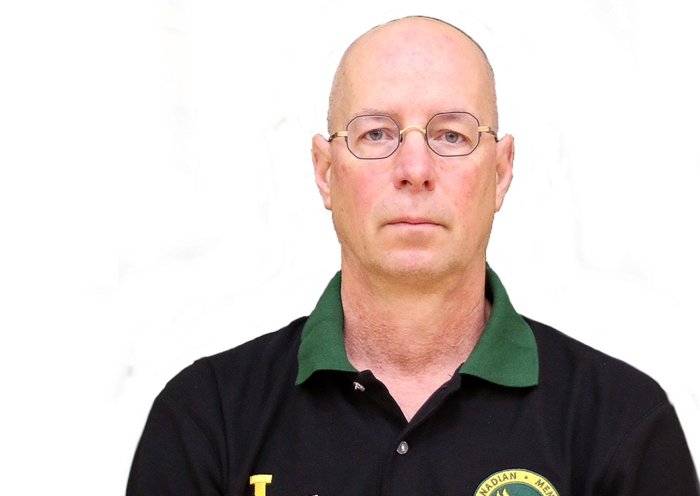 Scott Martin has been involved in coaching basketball in the Province of Manitoba for over 35 years.  Scott got his start volunteering to coach the grade 9 team at his alma mater, Churchill High School, while still a student at the University of Manitoba.  While at the U of M Scott Played two years for the Jr. Bisons and then three years for the Bisons.  He was a part of the Bison team that placed third at the Nationals in the 1984-85 season.  It was the three years of coaching at Churchill that led to his decision to obtain a Degree in Education, and a career as a teacher.

Scott received his first teaching job at Tec Voc High school where he coached for four years.  He then moved to Sisler where he taught and coached for 28 years.  His teams advanced to the Provincial playoffs in 28 of his 32 years of coaching, including nine Final Four appearances, five Final appearances, and 3 Championship titles.  Over the years Scott has been involved with Basketball Manitoba, and the Manitoba Basketball Coaches Association as a head coach and assistant coach of Provincial Teams, working at camps, and running the JV Boys Provincial Championships.  Coach Martin earned MBCA Coach of the Year honours in 1993, 1994, 2000, 2006, and 2013.

Upon retiring from teaching, Scott accepted the Head Coaching Position at Canadian Mennonite University for the 2019-20 season.  His goal is to develop CMU into a perennial contender in the MCAC and NIAC, while representing the values of the school with integrity.