Click the image for the full story from the MCAC

Register for our virtual open house on February 22

Go on a campus tour, meet faculty and students, and discover all CMU has to offer

Register to join us for tour of the campus, connect with profs and current students, and much more 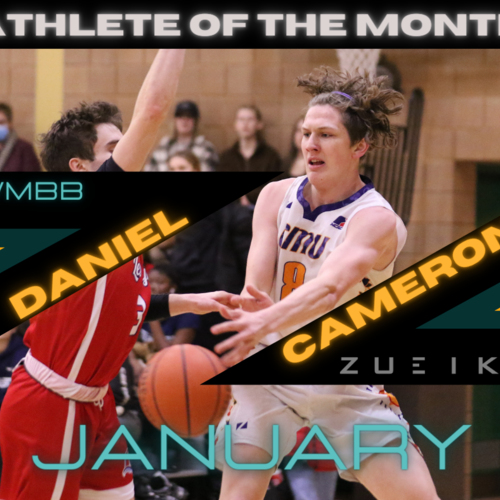 Congratulations to Daniel Cameron of Men's Basketball on being selected the CMU Zueike Male Athlete of the Month for January. The rookie forward has been a handful for the opposition to contain in his first season with the Blazers.

Cameron has undoubtedly been a bright spot for the Blazers who sit squarely in second place in the MCAC standings, and still fighting to earn their spot in the NIAC Championships later in February.  The Regina, Saskatchewan native was certainly a big signing in the summer, pegged to be an instant impact player, but few would have guessed he would become so productive so quickly.  In a year of huge lineup changes for the Blazers men's basketball squad, Cameron has filled a big void in the starting lineup that led the MCAC Conference standings all of last season. 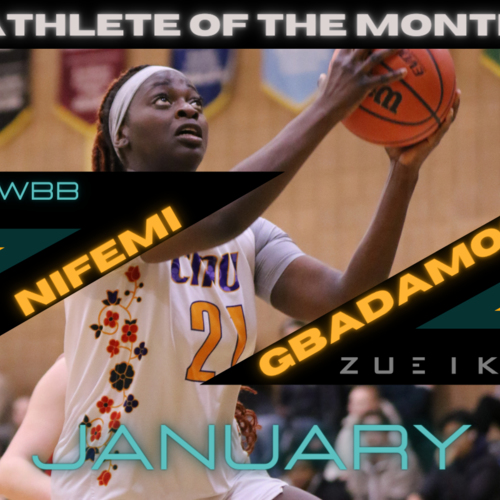 Congratulations to Oluwanifemi Gbadamosi of Women's Basketball on being selected the CMU Zueike Female Athlete of the Month for January. The second year forward has been the backbone of the Blazers on the boards all season.

The Blazers women's basketball team has had a busy January schedule with eight competitions throughout the month, including five games counting towards MCAC standings, and five games against NIAC competition, with the games against Providence counting towards both leagues' standings.  With several team members in and out of the lineup since the fall semester, head coach Joe DiCurzio has had to lean on his healthy players to grind out wins, with Gbadamosi being top on that list.  The team went perfect in league play during the month going into their final weekend of NIAC games before championships. In their first home action since early December, the Blazers volleyball squads hosted Les Rouges at the Loewen as the CCAA marquee matchup for Manitoba and the green and gold didn't dissappoint.  Coming off a third place finish at the Niagara Knights Invitational in Southern Ontario, the Blazers men came out firing on all cylinders, taking the first set by a 25-15 scoreline, then the second 25-17 before a third and final tight 25-23 game that gave the Blazers the win.  CMU managed to spread the offence around throughout the match, but Duncan Petrie led all players with nine kills from the right side, and added a game-high three aces as well. 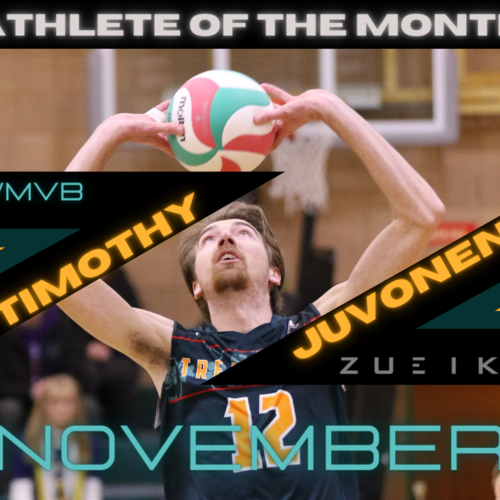 Following a comeback season in 2021-22 after missing out on the 2019-20 season due to injury, then the 2020-21 season due to COVID-19, Juvonen has started the season right where he left off leading the Blazers to a 2022 MCAC Conference Championship win and the first ever appearance by an MCAC squad at CCAA Nationals.

The 22nd annual edition of the fundraising tournament in support of CMU, including Blazers Athletics programming.